Your assignment: Detect which is my true voice

Which one is the real me?

Oh, honey… That’s kind of the point. They’re all me. And they’re all true.
A great storyteller can juggle multiple personalities;
I JUST HAPPEN TO DO THAT BETTER THAN MOST.

OUR CRACK TEAM OF AGENTS

Our Vision and Mission

Our vision is to replace the NOISE in the online marketing space with thoughtful, valuable, and essential content.

Our mission is to help visionaries, thought leaders, and CEOs change the world.

We believe in inclusivity, equity and diversity. And we have signed the Anti-Racist Small Business Pledge, and are committed to implementing it in our business.
We believe in a business culture of appreciation, realistic expectations and work plans, an openness to new ideas, and quality over quantity.
We believe that there are many different paths to success, many different viewpoints, and always more than one way to succeed.
And we believe that how we feel about our work is just as important as how profitable the work is. 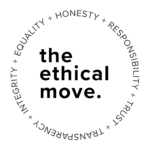 We do all this through a business model that prioritizes ease over hustle, collaboration over competition, and authenticity above all.

We don’t worry about grabbing a bigger slice of the pie; we just bake more pie!

This badge represents our pledge to the ethical move in service of a new marketing standard based on transparency, trust, and honesty. Please connect with me if you see me not honoring my pledge.

When you work with us, you can stop worrying about your content marketing for the next 6 months and move forward confidently to share your message. We’ll create an editorial calendar and content strategy that’s aligned to your business goals and provide the resources you need to make it happen.

Please confirm, if you accept our tracking cookies. You can also decline the tracking, so you can continue to visit our website without any data sent to third party services.